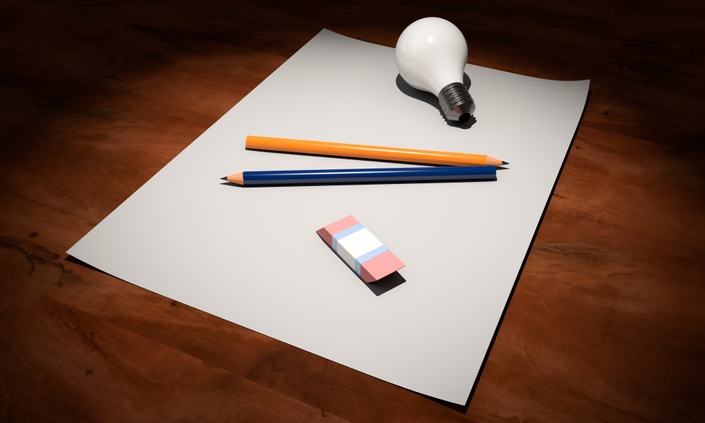 Building A Road Map of Tasks.... So, You Know Where It Is You’re Heading


“Project management" is the practice of initiating, planning, executing, controlling, and closing the work of a team to achieve specific goals and meet specific success criteria at the specified time. The primary challenge of project management is to achieve all of the project goals within the given constraints.”

Wow, sounds complicated but in reality, we all use project management everyday in many ways. This course walks you through the “what is project management” and how to use it effectively. Upon completion of this course, not only will you be able to manage projects more efficiently but also in a timelier fashion. You’ll understand more completely the scope of your project, potential cost associated and man hours needed to complete the project. It's as if you’re building a road map of tasks so you know where it is you’re heading, when you will arrive and at what cost.

This course is also unique in that it is very much suited as a “listen to course”. There is not much need for visuals so driving or listen to it while doing other simple things is a good way to absorb the course. You can re-visit sections easily to listen to time and again as needed. It’s a great way to use this course.

Coach Thom will always be grateful for the education he received from Penn State, where he has graduate/undergraduate degrees in Hotel Administration, Marketing, and Labor Relations. The Labor Relations was actually an accident. In his quest to find the classes that started as late in the day as possible, young Thom earned enough credits in this specific field to receive a minor.

After graduation from Penn State, he worked for Hyatt Hotels in sales, being one of the youngest Director of Sales the company had ever promoted. A few years later, Coach Thom had a tremendous opportunity to purchase 2 under performing limited service properties in Central Pennsylvania which he owned and managed for 16 years.

Having experienced the success, struggles, and challenges of entrepreneurship first hand, Coach Thom finally found his true vocation and passion in 2003 when he became a Certified Business Coach through ActionCoach International.

Since then he has worked with 736 different organizations of all areas of business with a reputation of expertise in sales, sales administration, strategic planning and personal performance.

Never far from the class room, Coach Thom has continued his education by becoming a certified copywriter in 2007, and over 75 credit hours earned with The Marketing Professionals Group. His studies have focused on marketing psychology, the psychology of web use, and customer buying habits.

He recently began work on his Masters in Industrial/Organizational Psychology. “The more I coach businesses, the more I realize that at the core- it’s about the successful interactions of people. The greatest tactic or strategy in the world can fail if the people who responsible for executing are stuck…”

On the Awards, Coach Thom stated “I’m very grateful and honored to receive the award but it’s really a reflection on my clients. I work with the smartest, hardest working bunch of people anywhere in North America or South America-right here in Lancaster County! It’s their talent that I coach that brings the success I celebrate. While they may be pleased with the results we bring to profits, and the way I show a positive return on their investment so quickly, I think the one thing they value-and maybe without realizing it- is the accountability and focus I bring. I know I can be a pain at times- but it’s this relentless accountability that channels their resources to bring us success.”

Project Management
Available in days
days after you enroll

When does the course start and finish?
The course starts now and never ends! It is a completely self-paced online course - you decide when you start and when you finish.
How long do I have access to the course?
How does lifetime access sound? After enrolling, you have unlimited access to this course for as long as you like - across any and all devices you own.
What if I am unhappy with the course?
We would never want you to be unhappy! If you are unsatisfied with your purchase, contact us in the first 30 days and we will give you a full refund.